As an ancient capital of Japan, Nara can be a good place to go for some history and culture. 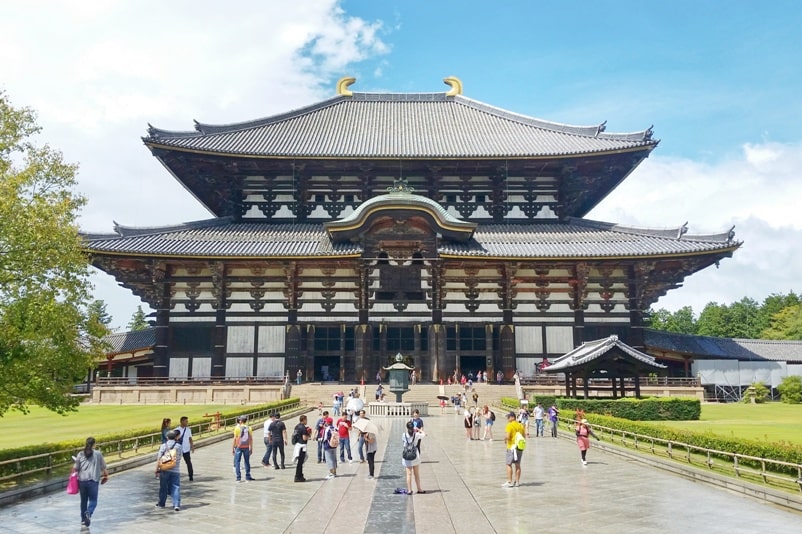 This city is also where you’ll find the nearly 50 foot tall Great Buddha, the largest bronze statue of Buddha in Japan. 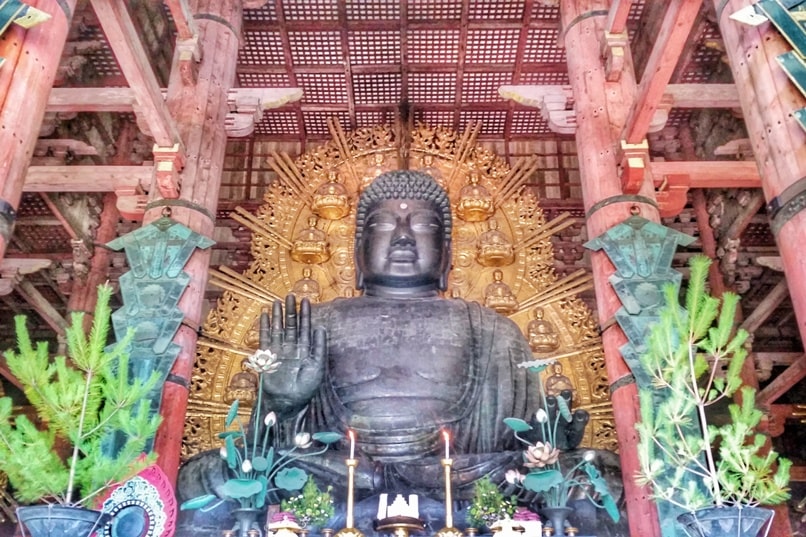 Oh, and the deer. Nara is also very well-known for the deer. 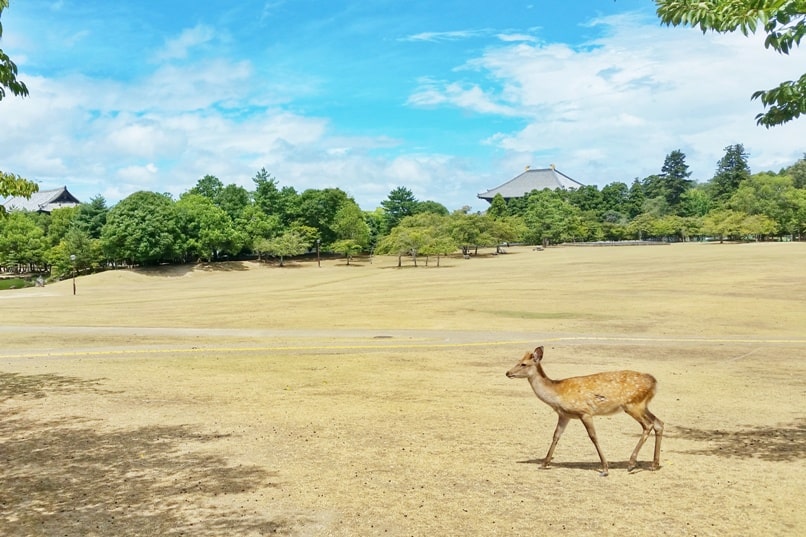 You will see them everywhere.

If you’ll be making your way to the top attractions of Nara, you won’t have to go searching for deer. They are all around. 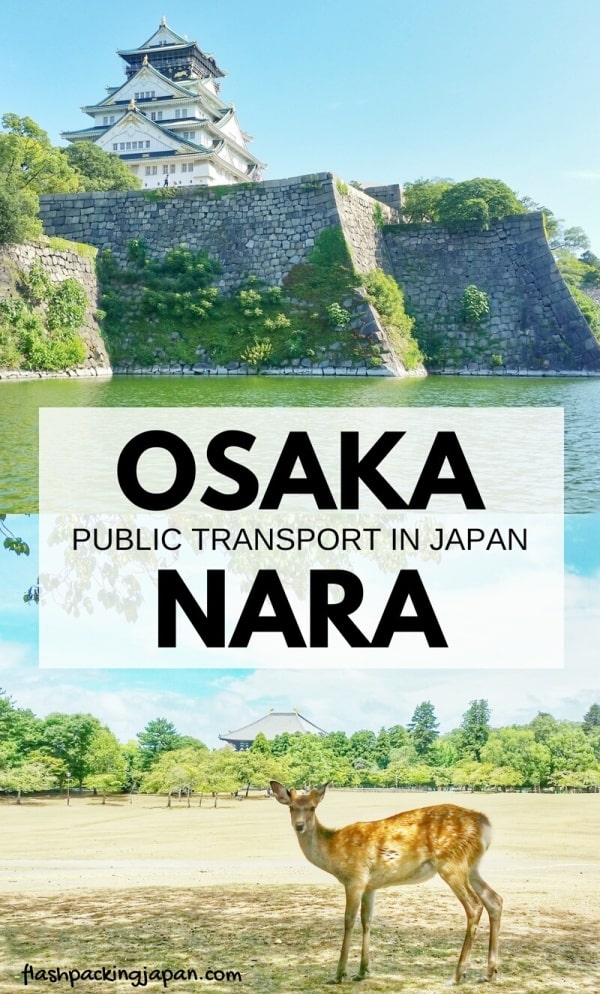 Nara is an easy one day trip from Osaka or from Kyoto, which is perfect if you want to avoid dragging around your luggage to one more city!

More info/pictures below, but first... SIDE NOTE!
Here are more ideas for your Japan trip planning!

Is it easy to get from Osaka to Nara by train?

With the JR pass, there is a specific train that you’ll need to take, but there are still frequent enough timings of trains running between Osaka and Nara that it’s pretty convenient.

If you’re looking to get to Nara using your JR pass, you basically have one option that you’ll want to take.

If you don’t have a JR pass, you have an additional option to get from Osaka to Nara by train.

With any of these options, whether you have a JR pass or not, it may require an extra train depending on where you’re staying in Osaka.

The examples below depart from major train stations in Osaka.

From Osaka to Nara, it’s possible to go by taking a single train and no transfers necessary.

But depending on your timing, it may make more sense to go for the option that requires the transfer. Even with the transfer, it could get you to Nara quicker than waiting for the next direct train.

Since it’s possible to get from Osaka to Nara on the JR line alone, this means your whole train trip will be covered by the JR pass without having to pay anything extra.

How much does it cost to get to Nara from Osaka WITHOUT a Japan rail pass?

Now, let’s say you’re trying to figure out if you should have your JR pass activated when you go to Nara, or you won’t be traveling around Japan at all with a JR pass.

These are your main options. 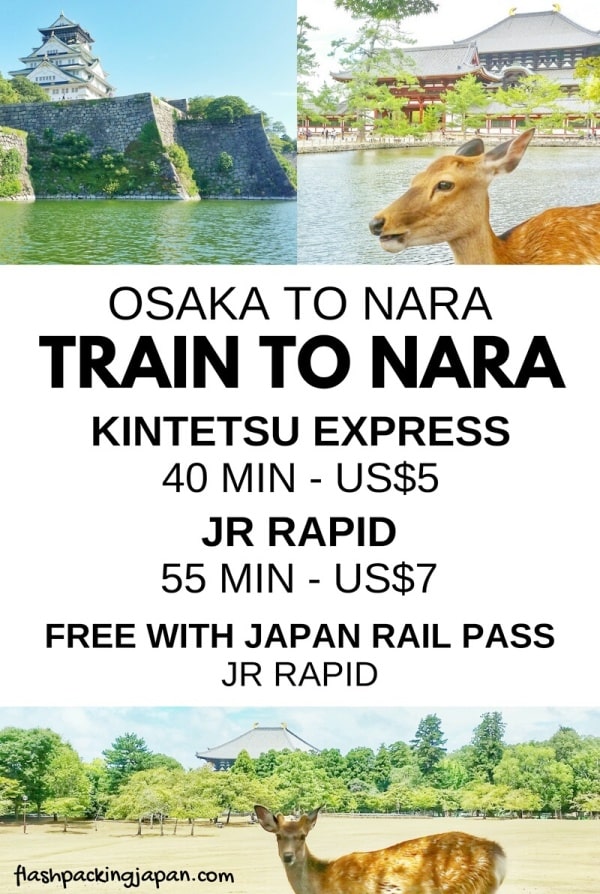 This is on the Kintetsu line, and these are the main train stations:

This is likely your best option in terms of time and money!

Although, it will also depend on where you’re staying in Osaka and which train station is the closest to you.

And of course, you can take the JR train even if you don’t have a Japan rail pass.

Once again, while there are direct trains between Osaka JR stations and the JR Nara station, depending on your timing, the better option could be to go for the train that requires a transfer.

If you have a choice, consider going to Nara on the Kintetsu line.

The Kintetsu train station is slightly closer to the best places to visit in Nara compared to the JR train station.

So if you’re looking at your travel options and find there’s not too much of difference between the JR and Kintetsu, then the Kintetsu can be better for a little bit more convenience once you get to Nara.

But even if you take the JR train to get to Nara, it’s not that big of a deal, as the distance between the 2 train stations is about a 10 minute walk.

When you’re in Osaka and ready to head to Nara, search for directions to Nara from your current location!

Top tips for using Navitime to get from Osaka to Nara

The easiest thing is to trust that there is a convenient way from Osaka to Nara. 😉

And then when you get to your hotel in Osaka, just search Navitime using your current location! Then you don’t have to bother with typing in a certain Osaka train station.

Now that you have a better idea of how to get to Nara, what to do when you get there?!

Here are some ideas! 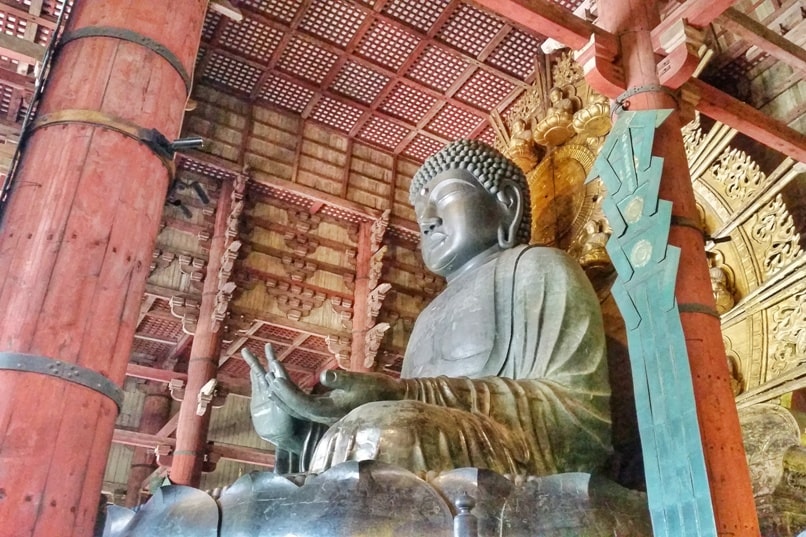 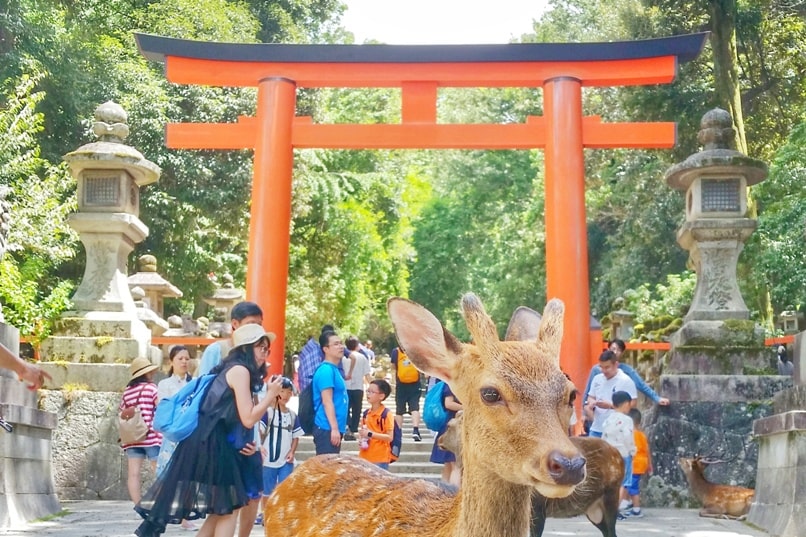 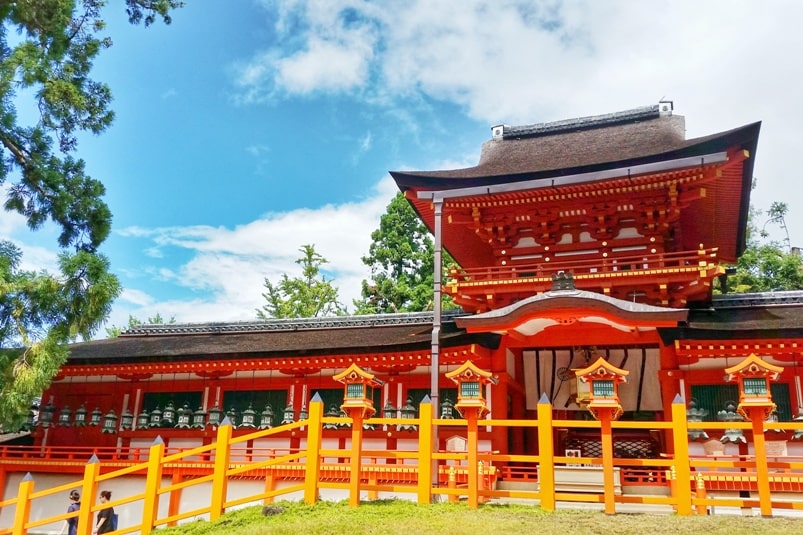 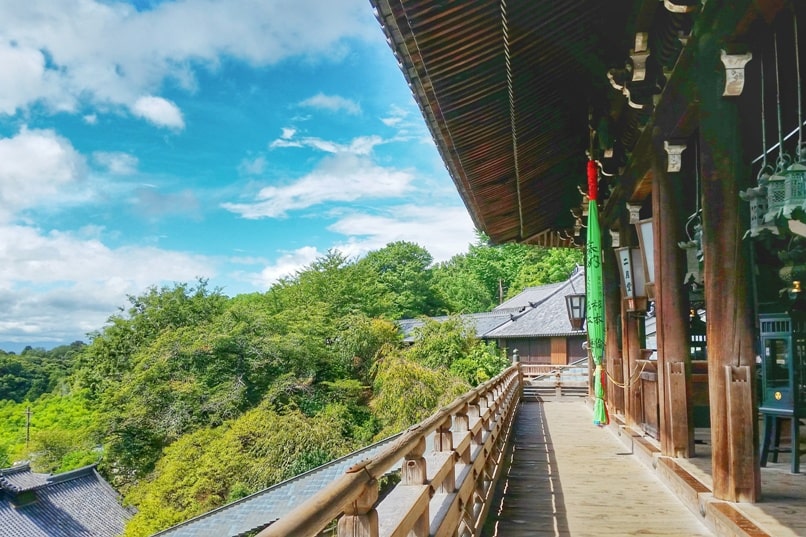 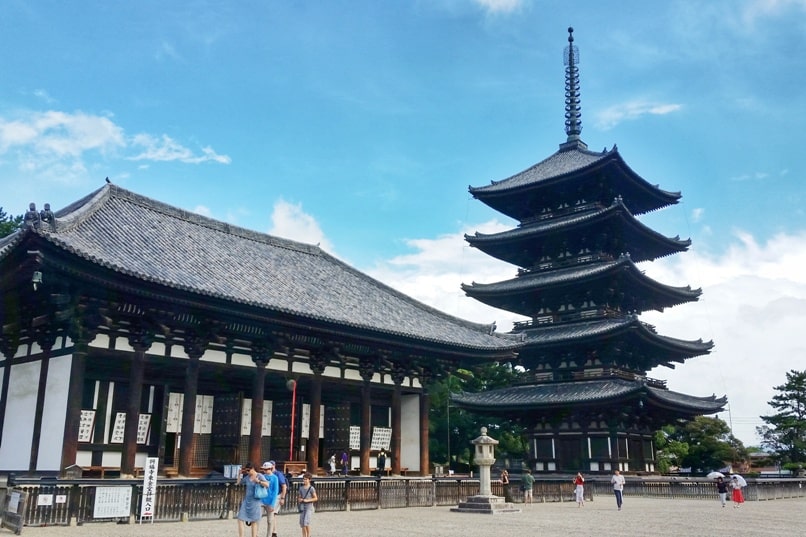 Plan your trip to Nara

For further details on planning your trip to Nara, be sure to take a look at this list of the best places to visit in Nara in one day so you can see lots and lots of deer! 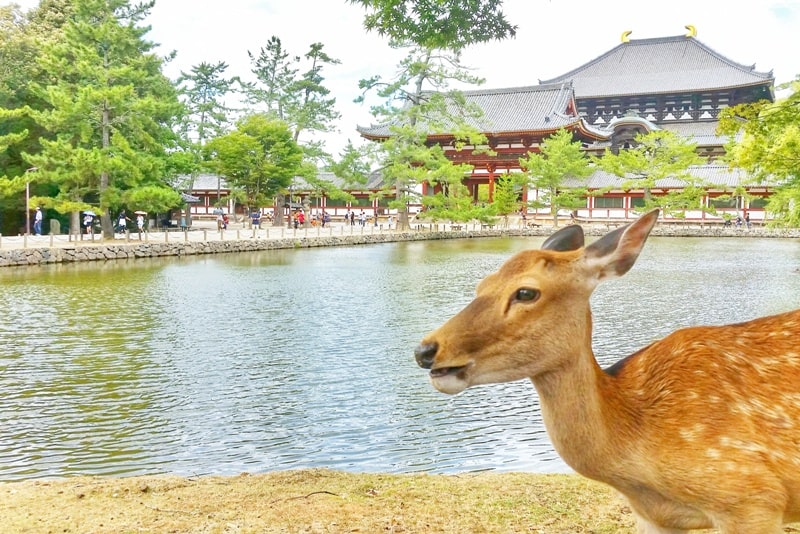 Here are ideas for 5 days in Kyoto!

And the JR pass makes it time-efficient to travel around Japan by train and is a popular option among travelers! See the cost of a JR pass and how to figure out if it will be worth it for you!