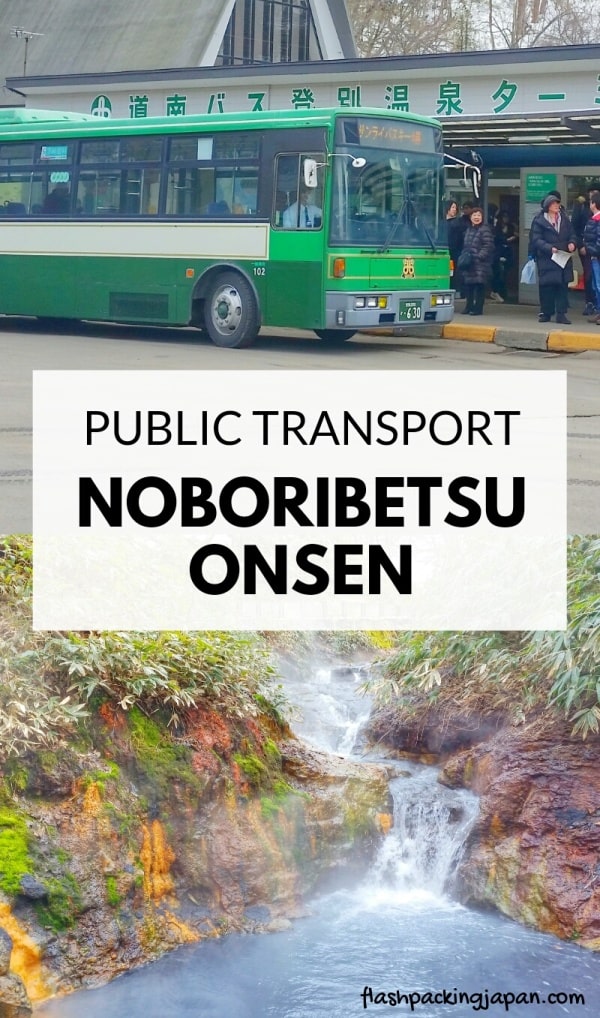 So you’ve figured out how to get to Noboribetsu by train for a visit to one of Japan’s hot springs area and home of Hokkaido’s hell valley. 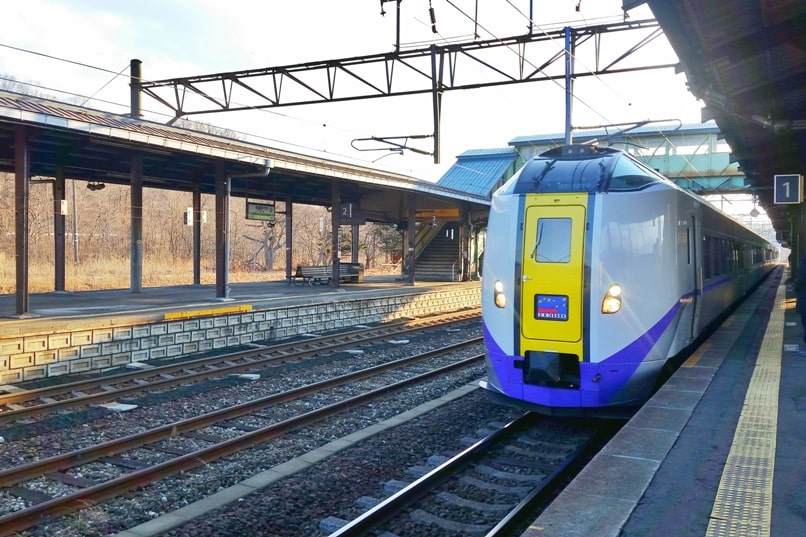 But getting to the Noboribetsu JR train station doesn’t quite get you to the main tourist area of Noboribetsu onsen town.

It does require a bus ride to get the rest of the way, but it is pretty simple!

Walk outside the train station…

The bus stand will be right in front of you… 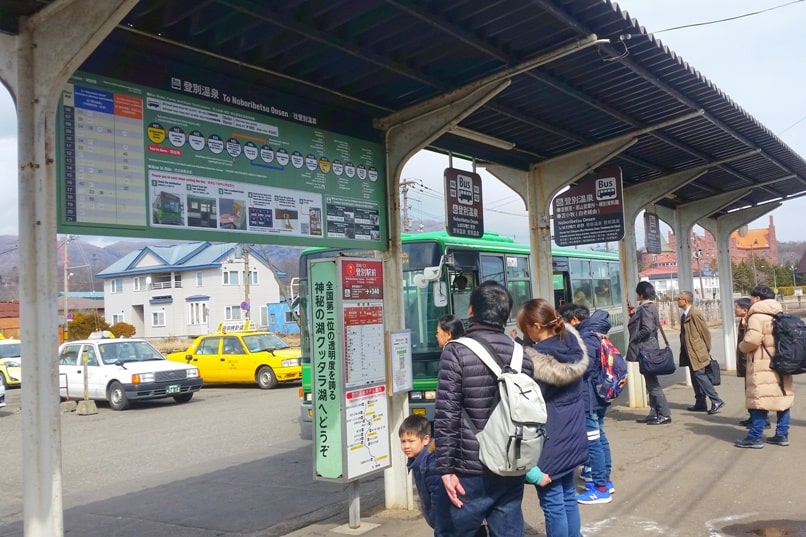 And wait for the next bus to Noboribetsu Onsen to come!

How much does a taxi cost from Noboribetsu Station? 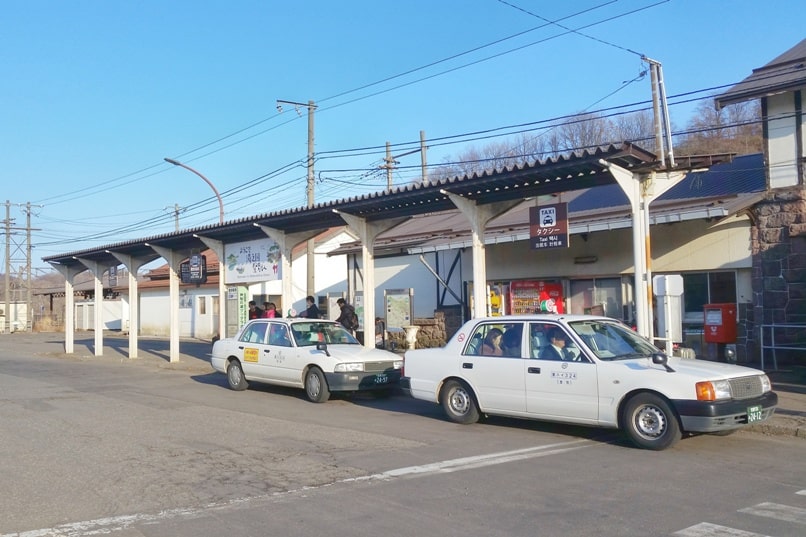 Below are estimated taxi fares.

How much does a bus cost from Noboribetsu Station?

The bus fare from the Noboribetsu JR train station to Noboribetsu Onsen will likely cost around 340 yen (US$3).

You will pay for the bus fare once you are on the bus.

This means that you don’t need to buy a ticket before you board the bus.

Although I do believe I saw a bus ticket machine inside the train station if you do want to buy your ticket ahead of time! You’ll drop this ticket into the bus fare box as you’re getting off the bus.

Side note! The JR pass makes it time efficient to travel around Japan by train and is a popular option among travelers! See the cost of a JR pass and how to figure out if it will be worth it for you! Also be sure to see more quick Japan travel tips if it's your first trip to Japan, as well as ideas for how to spend winter in Japan - 10 day winter itinerary with the Japan Alps and 7 day winter itinerary in Hokkaido!

How to take the local Donan bus from the train station 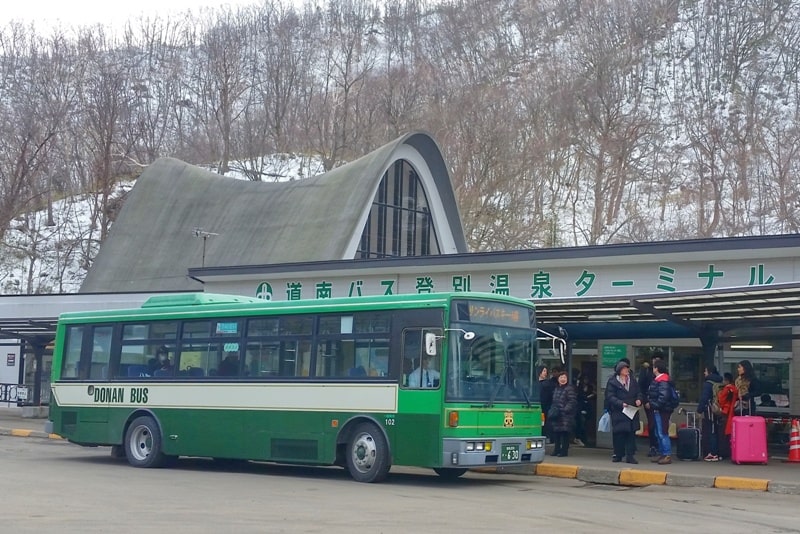 You’ll want to check the front of the bus to make sure it’s a bus that’s bound for Noboribetsu Onsen.

The sign on the bus might only be in Japanese, in which case, you can ask the bus driver to confirm the correct bus… or just get on the bus that all the other tourists get on. 😉 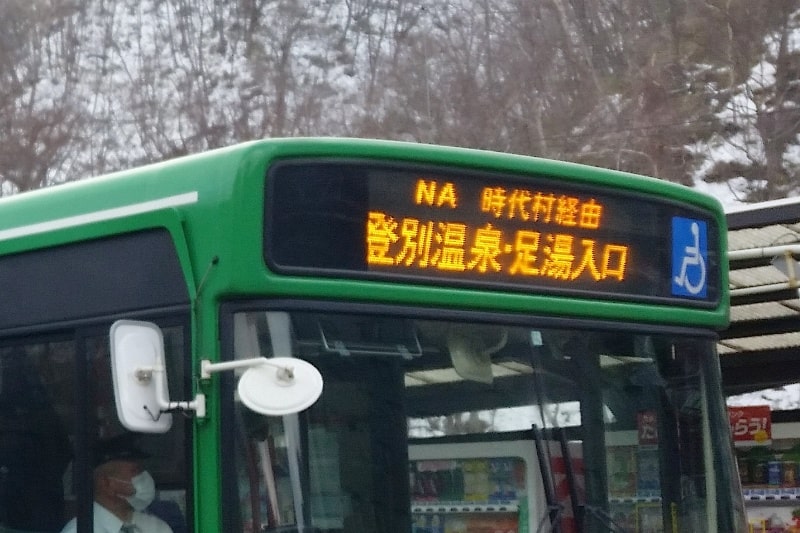 There are 2 doors on the bus – the front and the back. 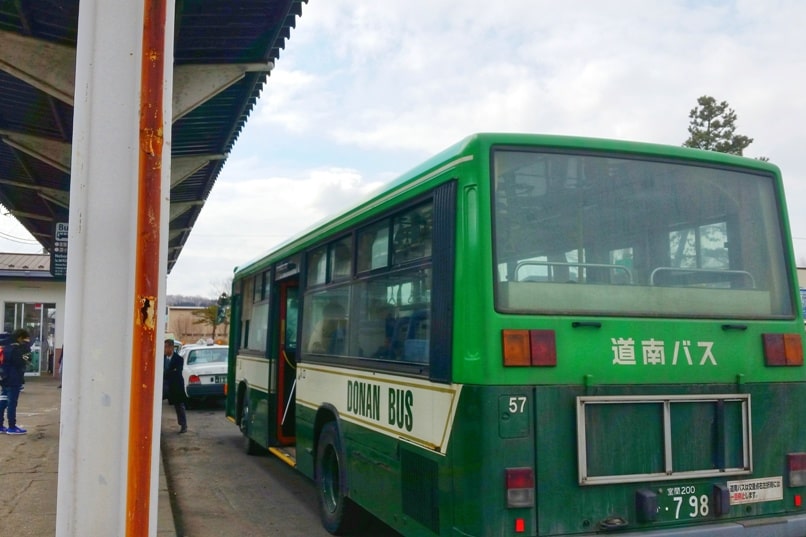 You want to get on from the back.

The front is for getting off.

As you get on the bus, there will be a spot to grab a ticket – so you want to be sure to grab one. 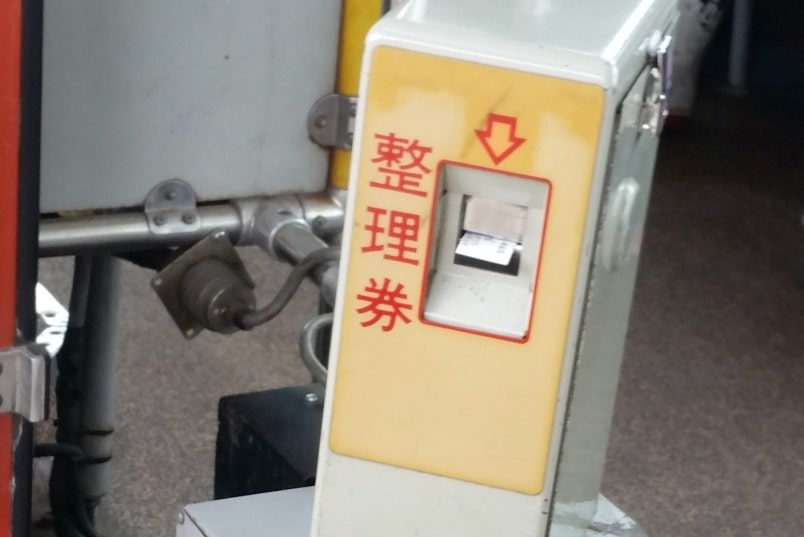 This ticket is basically an indicator of where you boarded the bus, and it will be used to determine how much you will pay for the bus fare. (More on that later.) 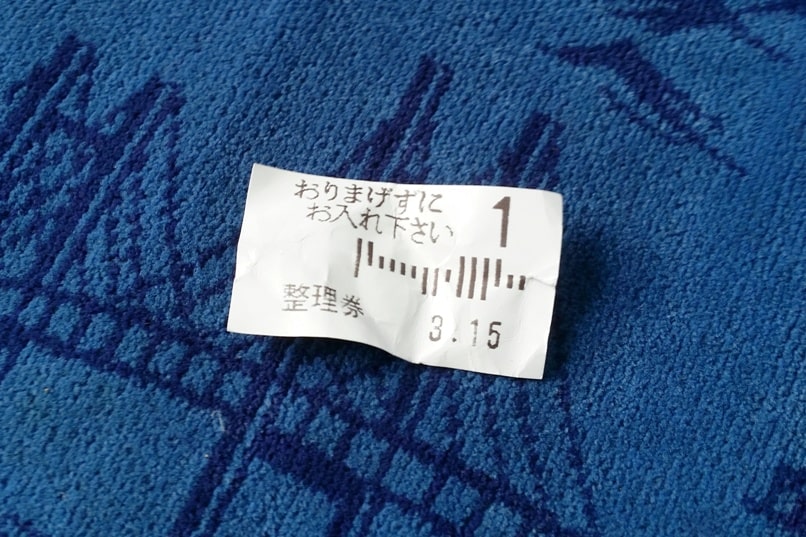 And then grab a seat if you can! 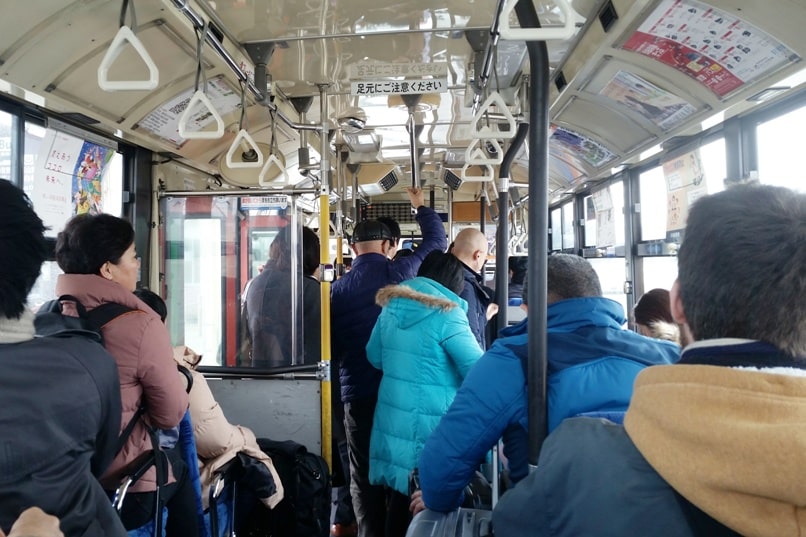 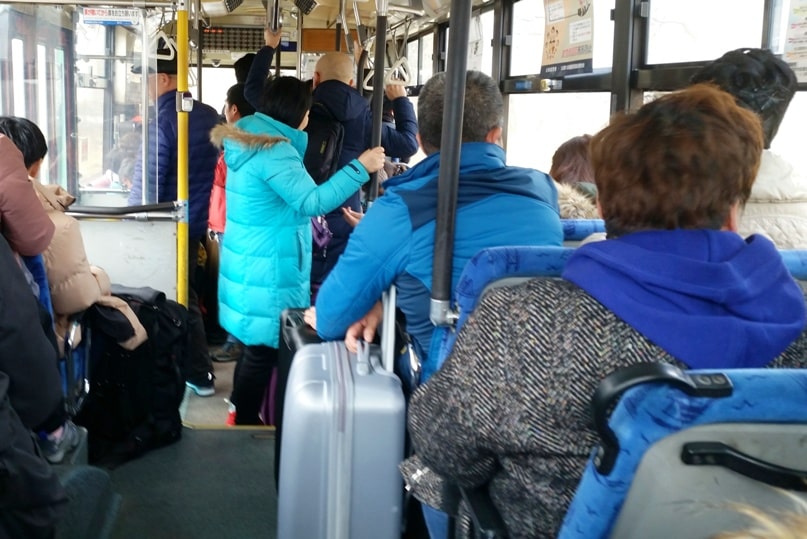 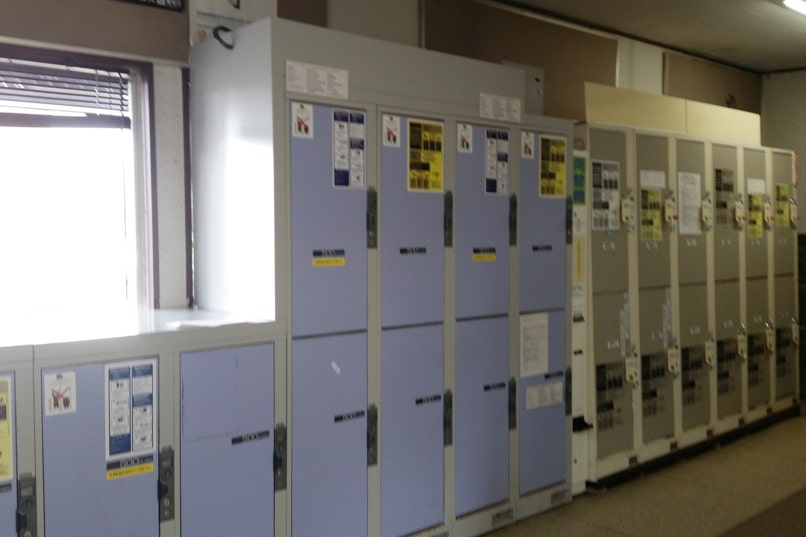 But back to the bus ride.

There will be announcements on the bus telling you what bus stop is next.

Once your bus stop is next, you’ll press the button indicating to the bus driver to stop at the next stop.

So in reality, the bus will probably stop at the Noboribetsu Onsen bus terminal no matter what, as this is a major bus stop.

But it’s good to know that this is what common practice is, since this is how buses are across Japan.

And, if you are getting off at a stop before Noboribetsu Onsen, then you definitely want to make sure to press the button!

Okay, so your bus stop is next.

How do you know how much to pay for your bus fare?!

At the front of the bus, there will be a digital sign board with a bunch of numbers. Under those number will be the corresponding bus fare.

Once it’s your bus stop, you’ll take a look at that board to see how much you need to pay.

You’ll look at the number that’s on your ticket (which will be 1 if you get on at Noboribetsu Station), and then pay the fare that’s listed underneath #1.

You will then pay that amount as you exit the bus.

No change is given, so you need to have exact change.

Also at the front of the bus is a change machine.

So if you need change, do this well BEFORE you get off the bus, not AS you’re getting off, so that you’re not holding up the line. 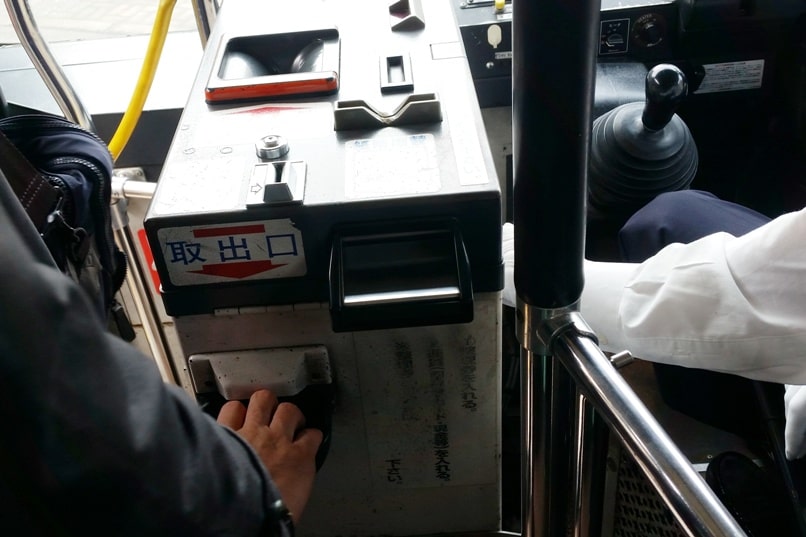 You’ll put into the fare box both the ticket and the coins for the bus fare.

Where to take the bus to?

There are a number of bus stops within Noboribetsu Onsen town, including at or near:

But I think no matter where you’re going, consider getting off at the Noboribetsu Onsen bus station!

This will allow you to walk through town to get to where it is you’re headed.

A walk through town means you’ll get to see…

That’s steam from the geyser!

You can pick up a walking map from the tourist information center once you reach the Noboribetsu Onsen bus terminal to help guide your way to see these things.

Or, if you walk to Jigokudani and the Oyunuma Brook hot springs footbath, then you’re sure to see these things too!

What are the timings for the bus to Noboribetsu Onsen?!

While the bus timings aren’t the most frequent, they are frequent enough that you don’t need to be all that concerned about it.

But if that doesn’t ease your mind… 😉

Photos taken below are from March 2019 at Noboribetsu Station. Exact bus timings can change, but you can likely expect a similar frequency in bus timings.

If you are trying to get to the Oyunuma Brook hot springs footbath, you can get there by bus, but only some buses will go that way. (Indicated in the timetable below.) 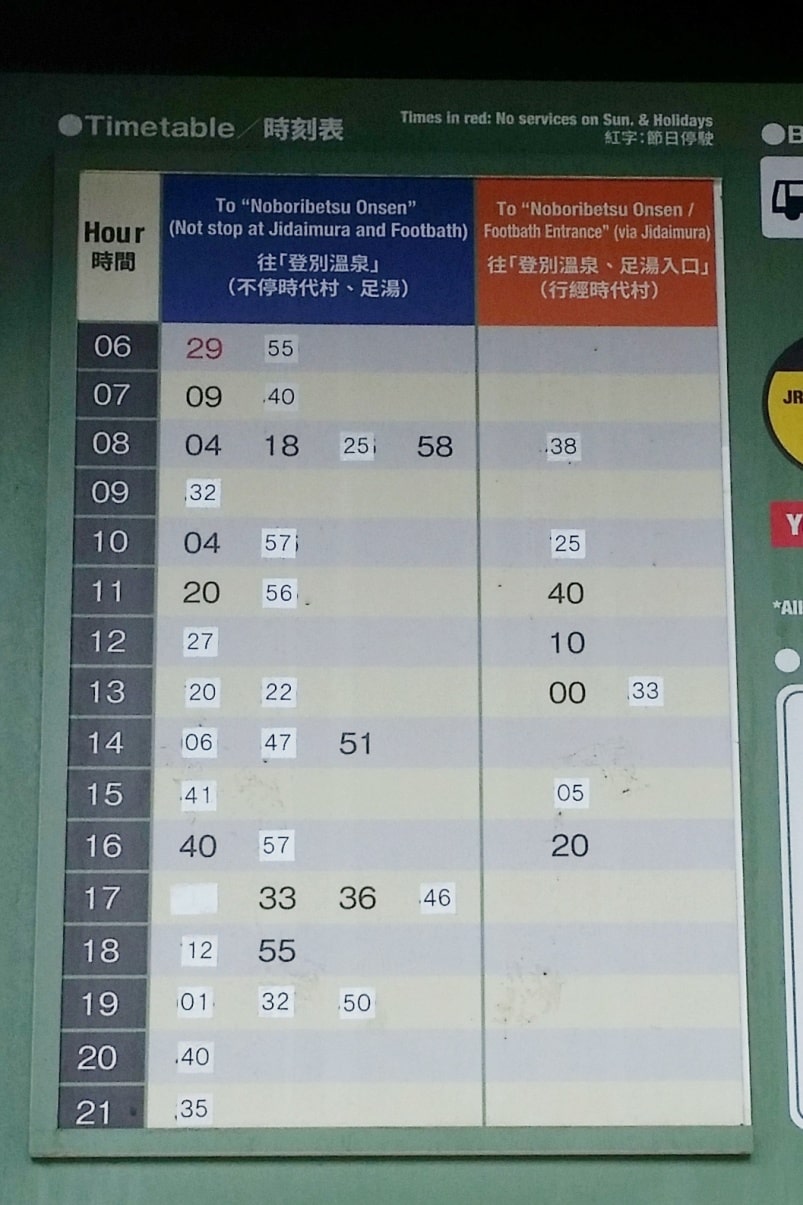 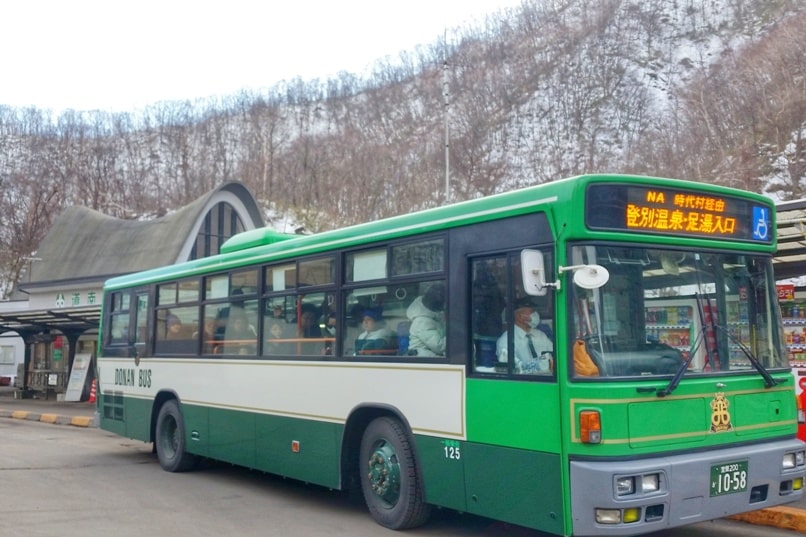