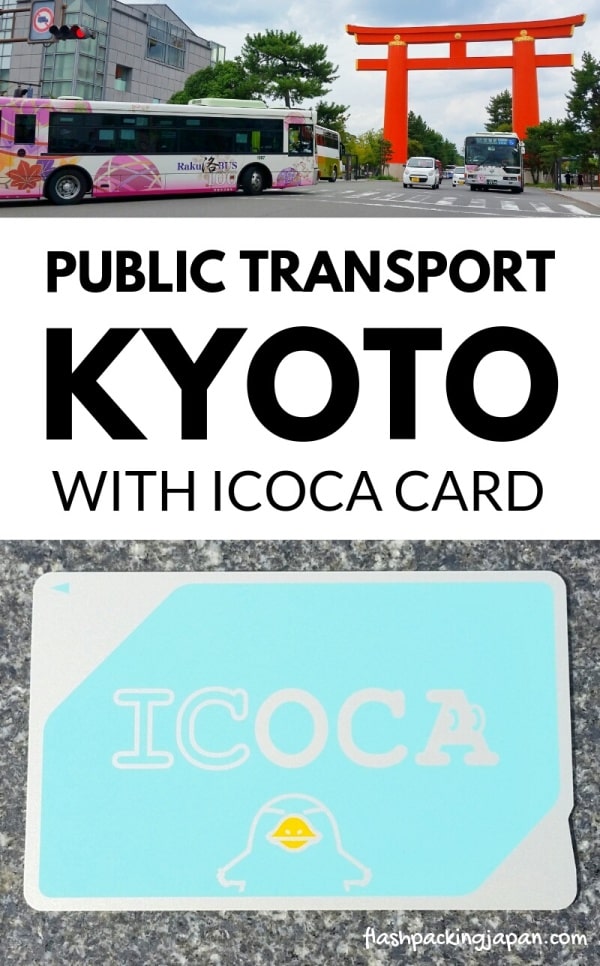 An ICOCA card is basically a prepaid card or recharge card to pay for public transportation in a convenient way.

There are some train lines in Kyoto that may not accept ICOCA cards as a way to pay (like tourist trains), but I think that you will find for most places you visit, you can use the card.

So about getting your icoca card.

You’ll likely be able to buy an icoca card at the first train station you go to in Kyoto or Osaka.

You can also buy them when you arrive at Kansai airport (Osaka’s major international airport).

You should be able to buy it at the same ticket machine that you buy the train tickets. 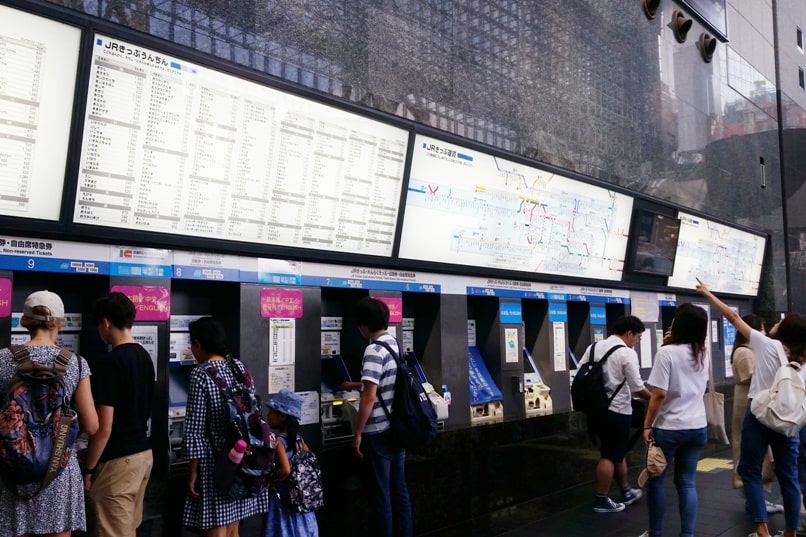 Instead of buying a train ticket though, you’ll look for the option to buy an ICOCA card. At major train stations, there will be an option to switch the language to English. 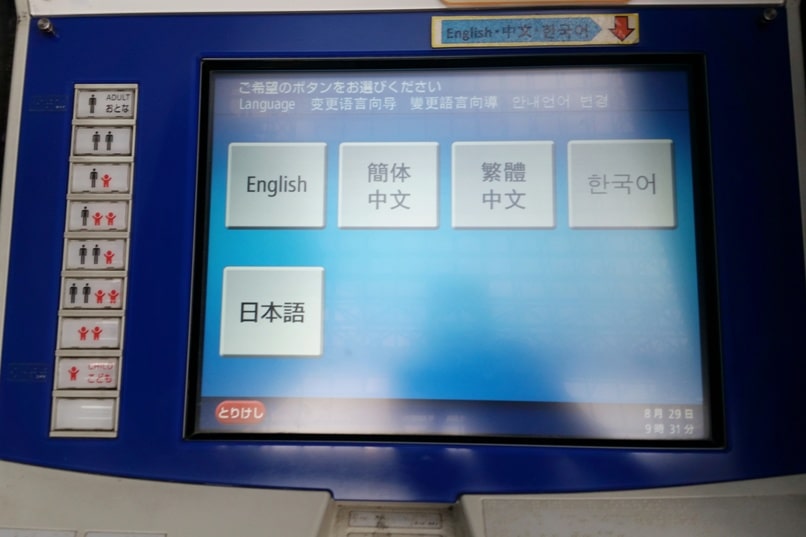 If you’ll be taking the bus a lot in a single day in Kyoto, you’ll want to look into the one day bus pass instead of using the ICOCA card. This will generally be worth it if you plan to take the bus more than 2 times.

For a day trip from Kyoto, you might also look into the Kurama Kibune day pass for public transportation.

How to buy train tickets WITHOUT an icoca card

To show you why you need an ICOCA card (okay, why you should REALLY consider it!), let’s talk about how to buy local train tickets. 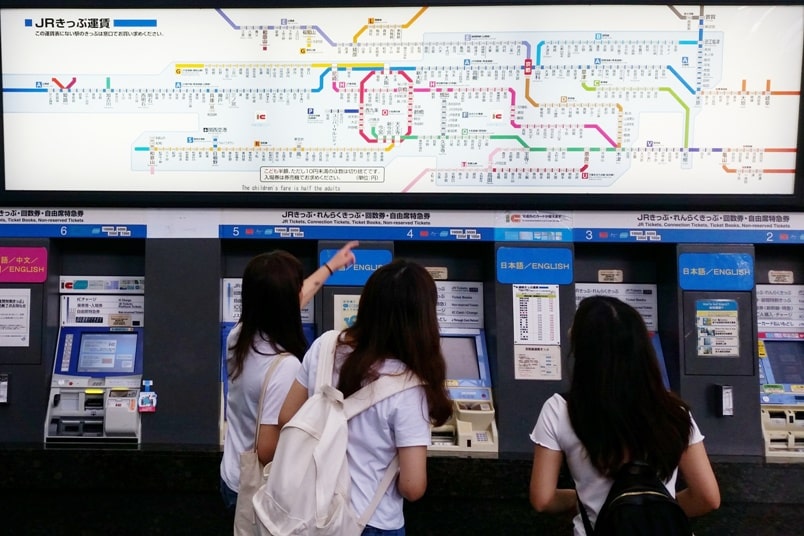 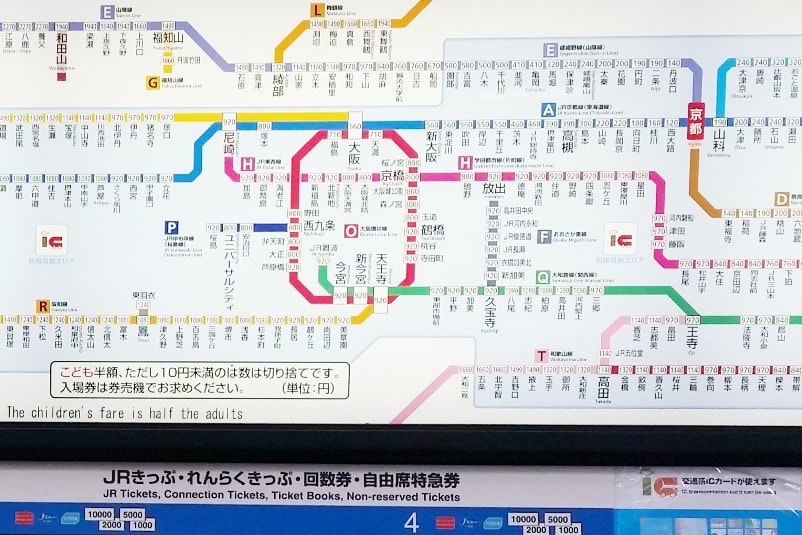 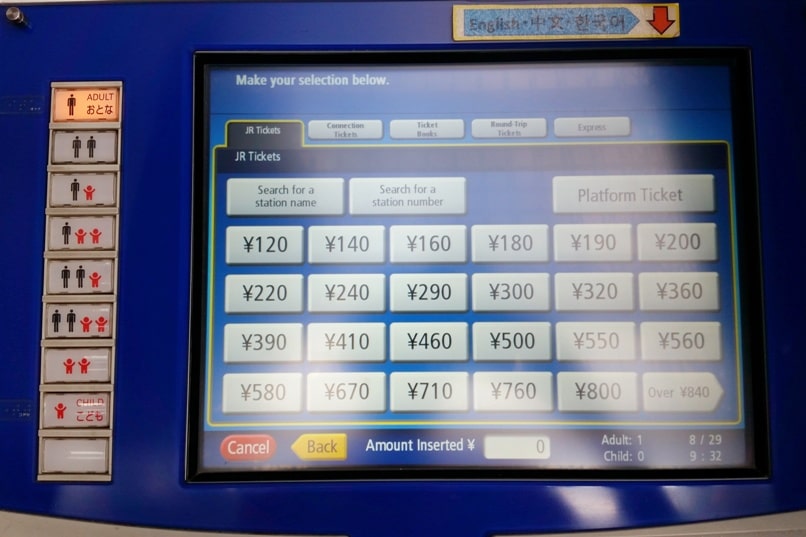 You can bypass all of this if you have an ICOCA card! Which, in the end, WILL save time! 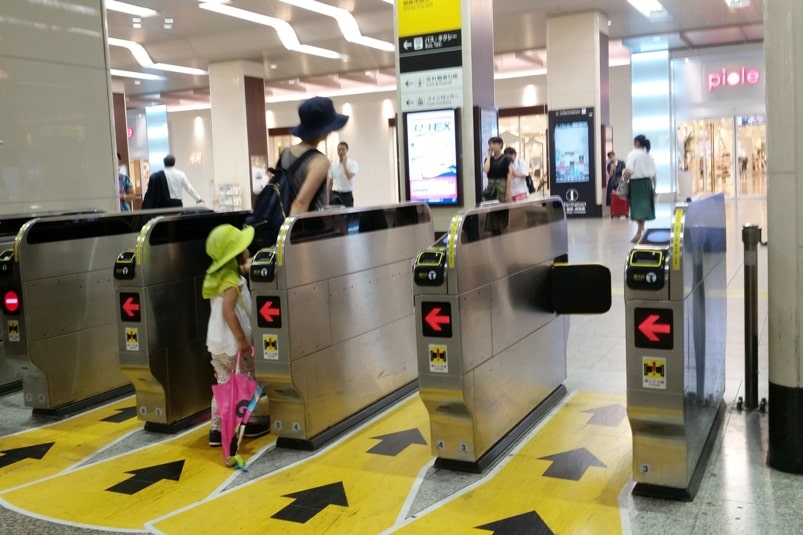 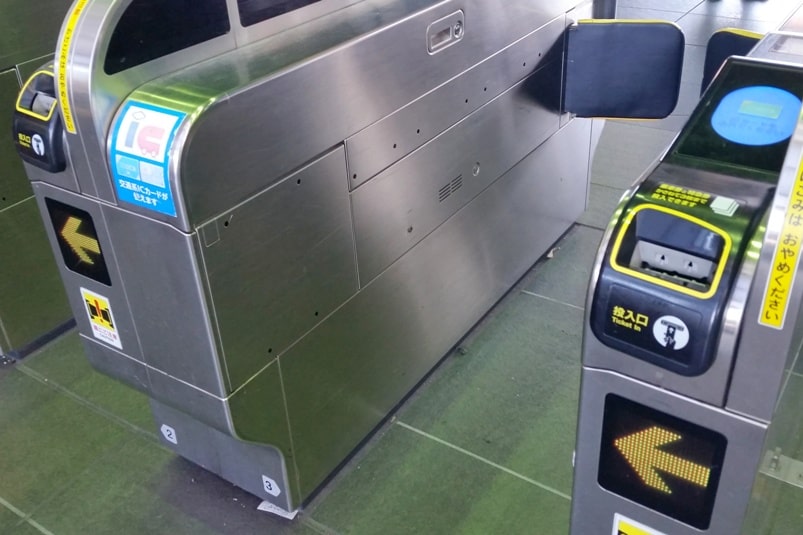 Paying for the bus fare without an icoca card is a bit easier than the process of buying for train tickets, but it’ll still add convenience! 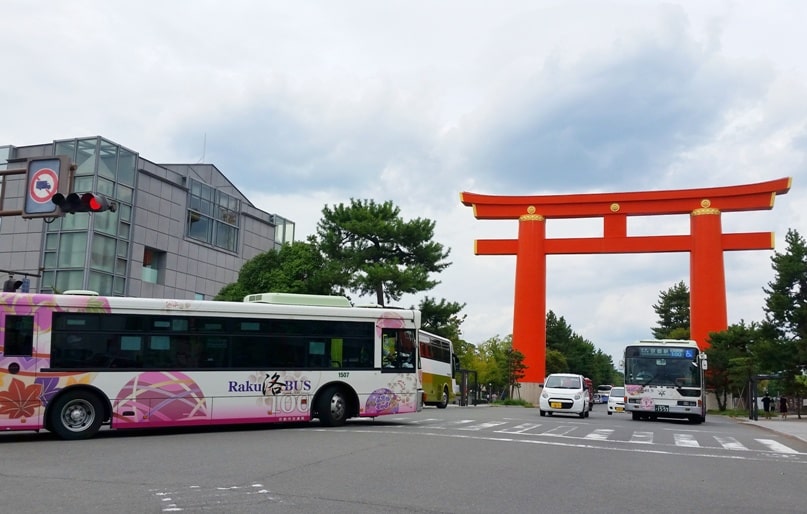 If you’re in Kyoto or Osaka first before Tokyo and you buy the icoca card, you can use it in Tokyo.

If you are in Tokyo before Kyoto, you can get a suica card or pasmo card. (ICOCA cards aren’t sold in Tokyo.)

Then when you are in Kyoto, you can use the suica and pasmo cards wherever icoca cards are accepted.

ICOCA card vs SUICA vs PASMO

So wherever you see that IC cards can be accepted, you can use an icoca, pasmo, or suica card.

You’ll see ICOCA more so in Osaka, Kyoto, and Hiroshima, while you’ll see more of suica and pasmo in Tokyo.

But in general, you’ll find it to be convenient to travel around Japan with an icoca card! 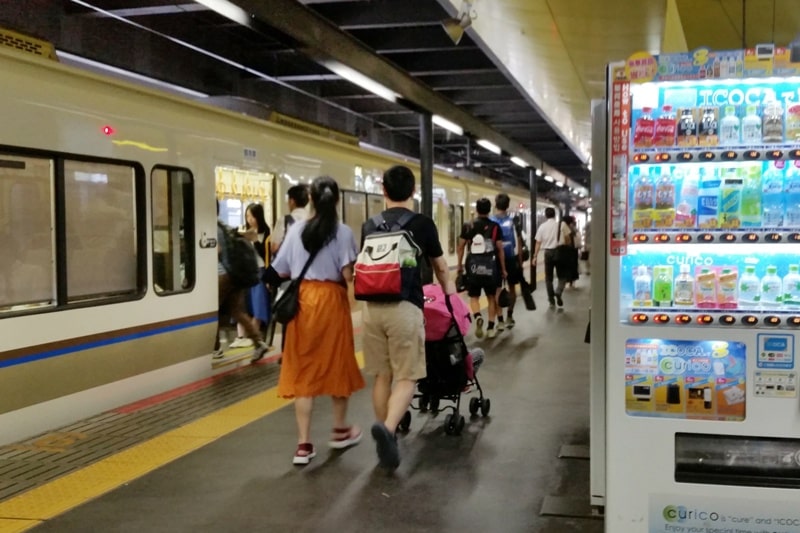 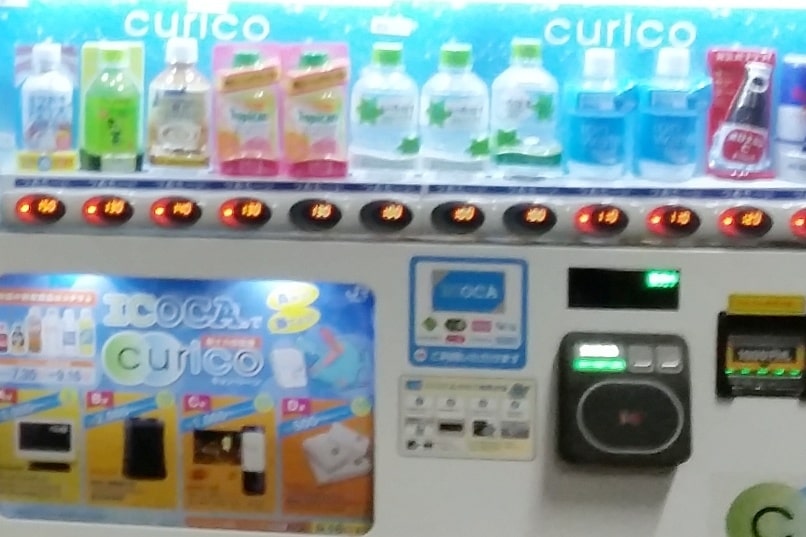 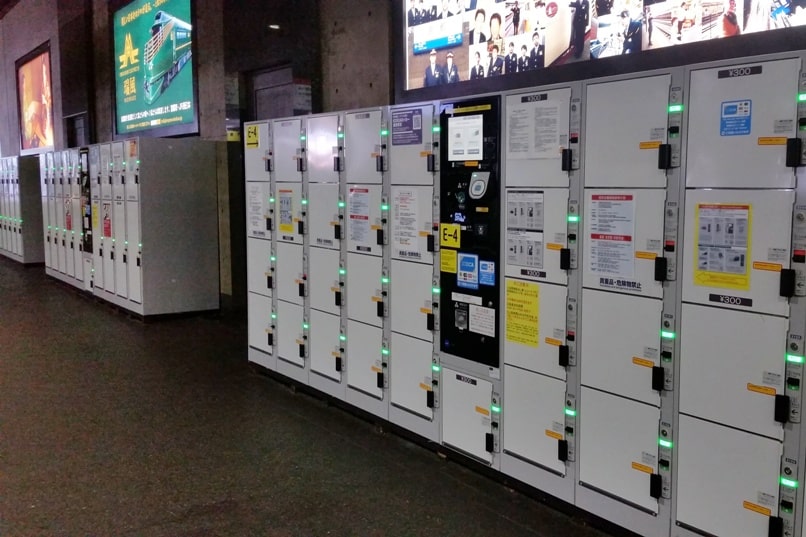 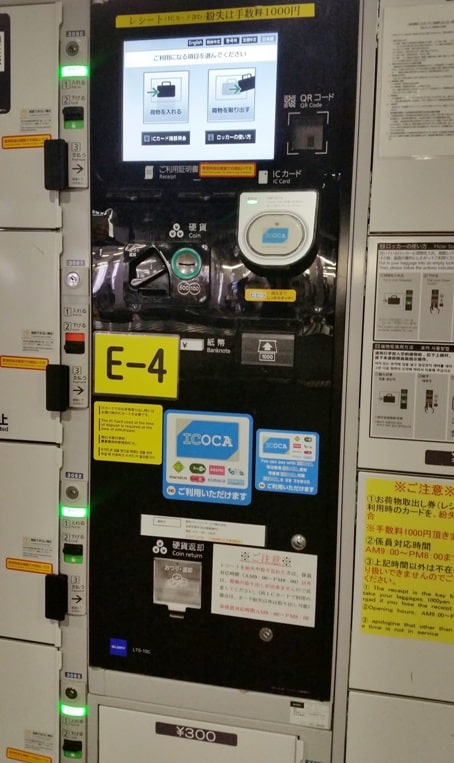 How much do ICOCA cards cost?

In order to get the deposit back, you’ll need to return the card at a station where you can buy ICOCA cards. (So you won’t be able to return it in Tokyo.)

How to recharge ICOCA cards

There may be separate “recharge stations” next to ticket machines too. 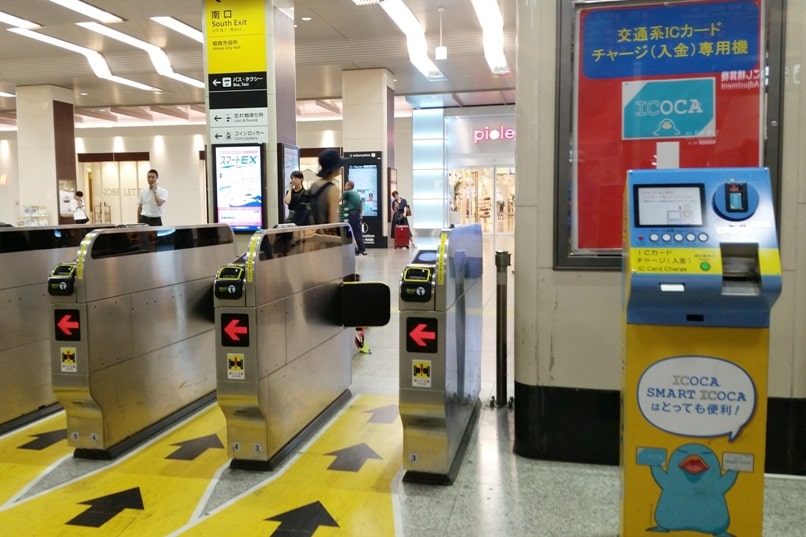 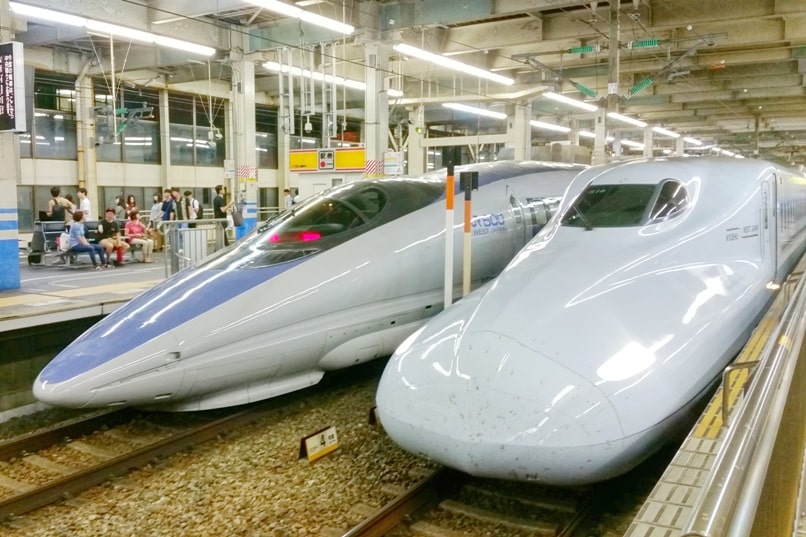 There’s really no comparison between an ICOCA card and a JR pass, as you buy them primarily for different reasons.

And in those cases, you can just use your ICOCA card to swipe through to pay. 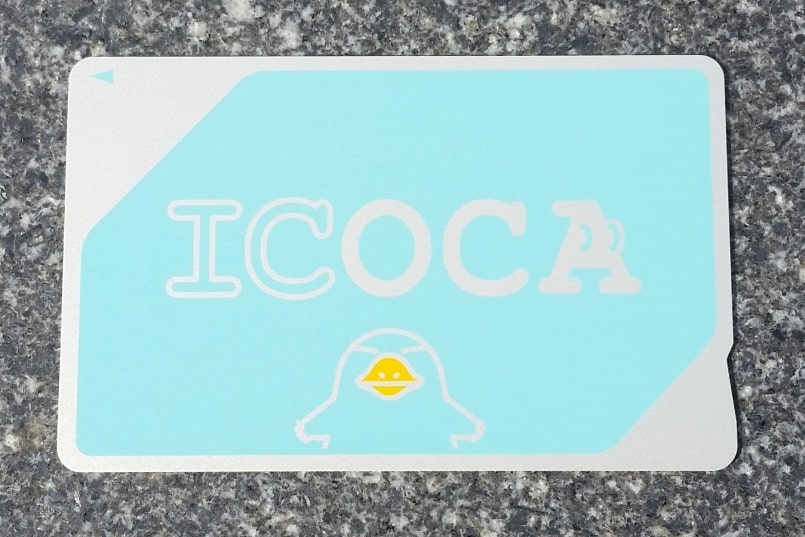