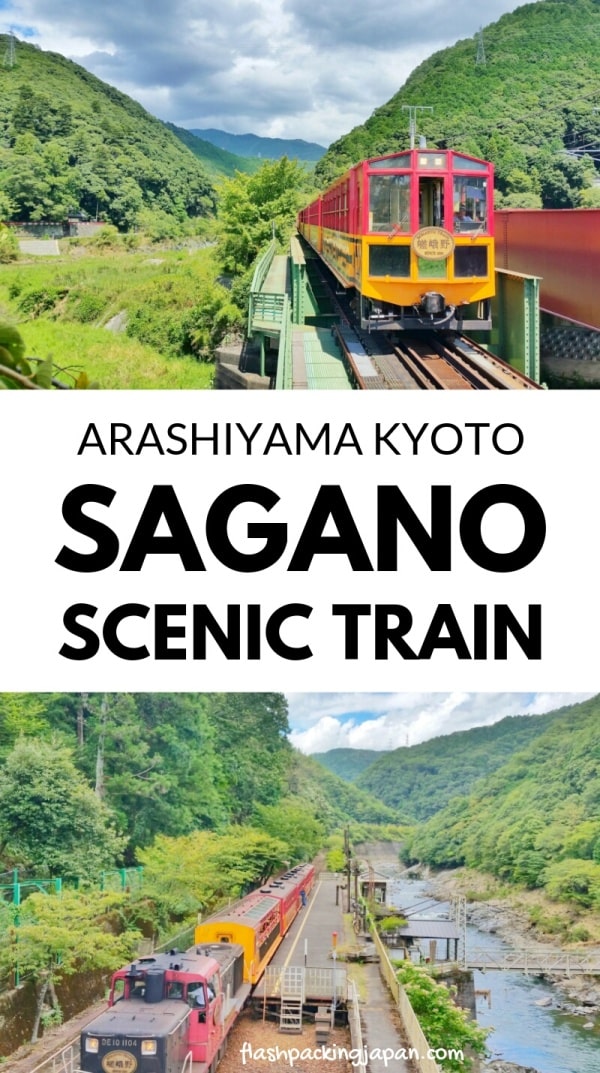 This train runs only in the Arashiyama and Sagano area of Kyoto, and from one end to the other is about a 30 minute train ride.

You won’t be able to ride this train in January or February as it doesn’t operate then.

It also generally doesn’t run on Wednesdays, although there can be exceptions with school vacations and holidays.

I did a Sagano scenic train ride as a part of my one day in Arashiyama and Sagano: 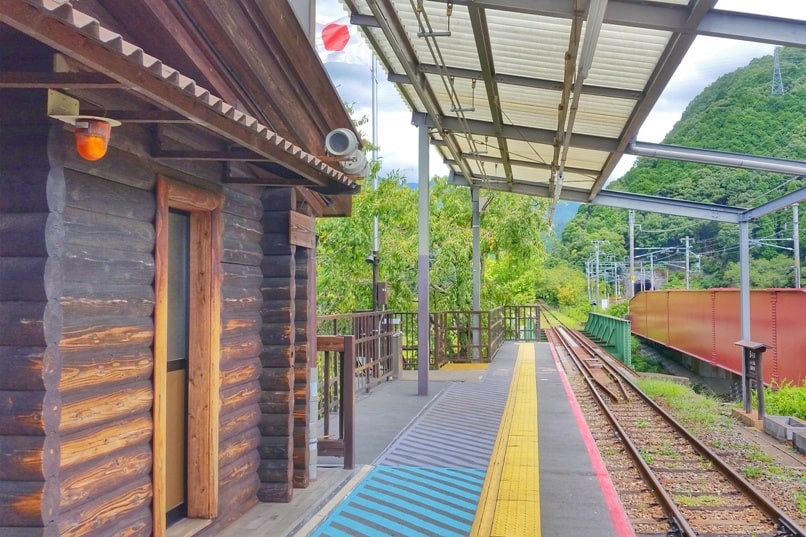 There are 4 train stations on the Sagano scenic railway:

Basically, if you see a “torokko” station, that means it’s a train station for the Sagano scenic train!

How to get to Torokko train stations

The torokko train stations are standalone stations which means that they aren’t connected to any other train line, for example the JR train.

If you are coming from Kyoto station to Arashiyama to take the scenic train, you would get to the torokko station by first going to a nearby JR train station. 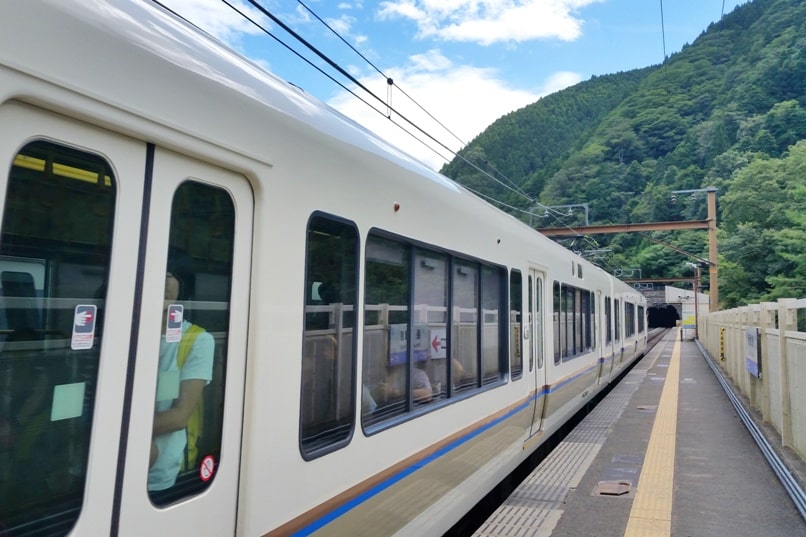 All torokko stations are still pretty accessible as they are located pretty close to a JR station. 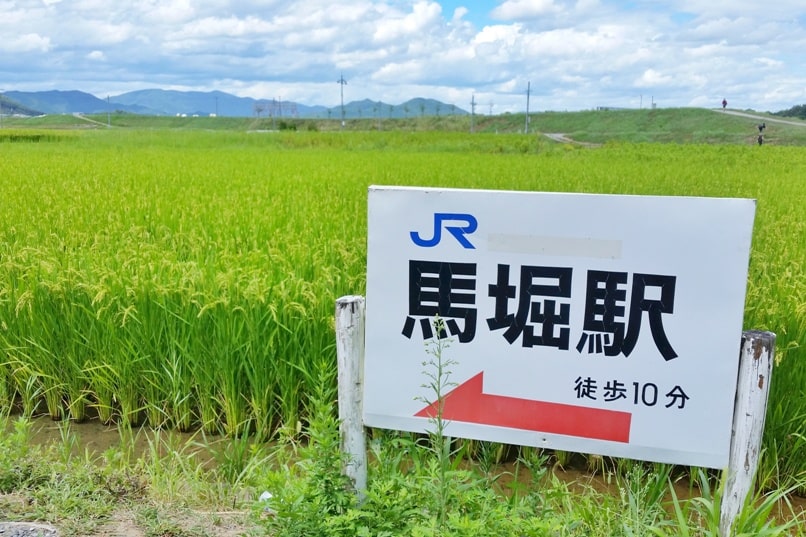 This means you can get to a torokko station pretty easily. 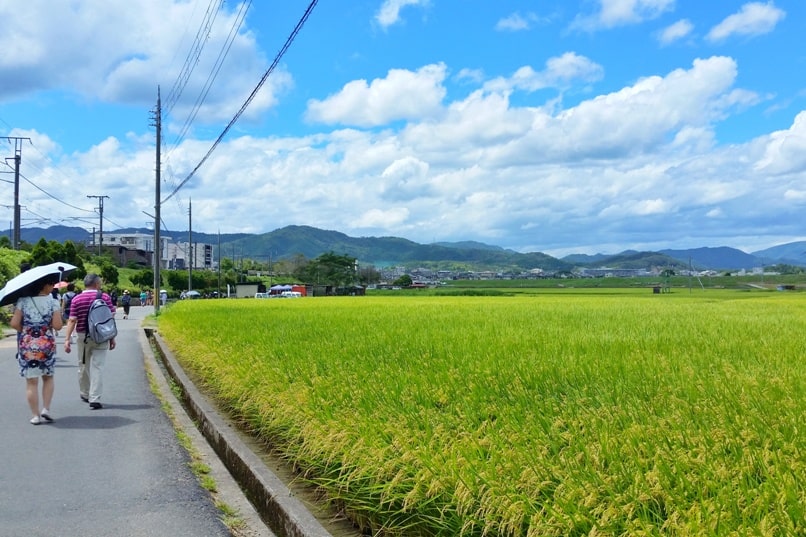 Which torokko train station to board the scenic train?!

Which torokko station is best will depend on how you want to spend your day and possibly also based on what plans you have after the train ride.

But you’ll want to board at Saga, Arashiyama, or Kameoka. 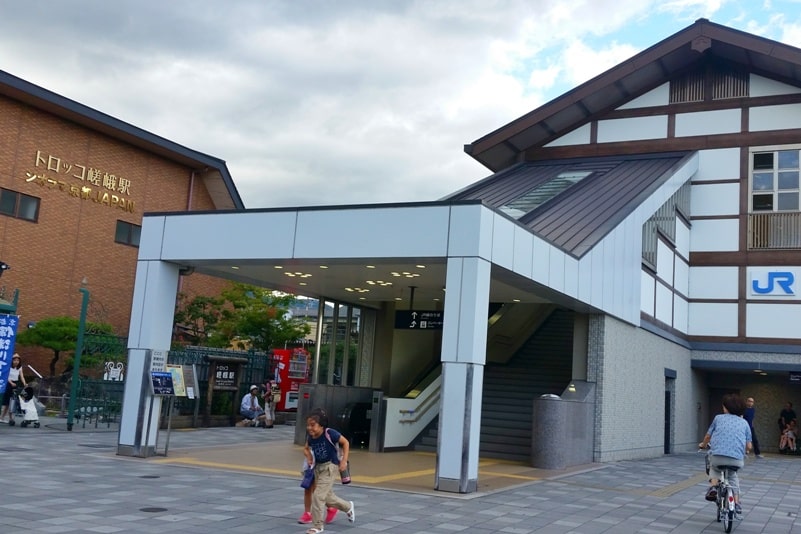 This station is the first station on the Sagano scenic train line.

So if you want to ride the whole route, this is one end to start at.

It’s also the most convenient torokko station when coming from Kyoto station on the JR train.

Once you exit the Saga-Arashiyama JR train station, the Saga torokko station is right next door.

When going in the opposite direction, this can also make a good place to get off the train if you’re not staying in Arashiyama and the scenic train is the last activity of the day.

As soon as you get off the train, the JR train back to Kyoto station is right there.

In terms of the “scenic” part of the scenic train ride, there’s really not much of a difference between boarding at Saga or Arashiyama.

Between these 2 torokko stations is around a 5 minute train ride and you won’t be missing out if you board at Arashiyama instead of Saga.

But there are other reasons you may want to board from the Arashiyama station, as this can be another convenient train station to board from.

So the famous bamboo grove is located between the 2 torokko stations of Saga and Arashiyama.

To walk from the Saga-Arashiyama JR station to the Arashiyama torokko station will take you about 30 minutes, and the route can take you right through the bamboo trees. See the walking route for the visual.

Taking the train in the opposite direction, the Arashiyama torokko station can make a good stop to get off at if you will be exploring Arashiyama AFTER the scenic train.

This is a good area to start exploring Arashiyama. 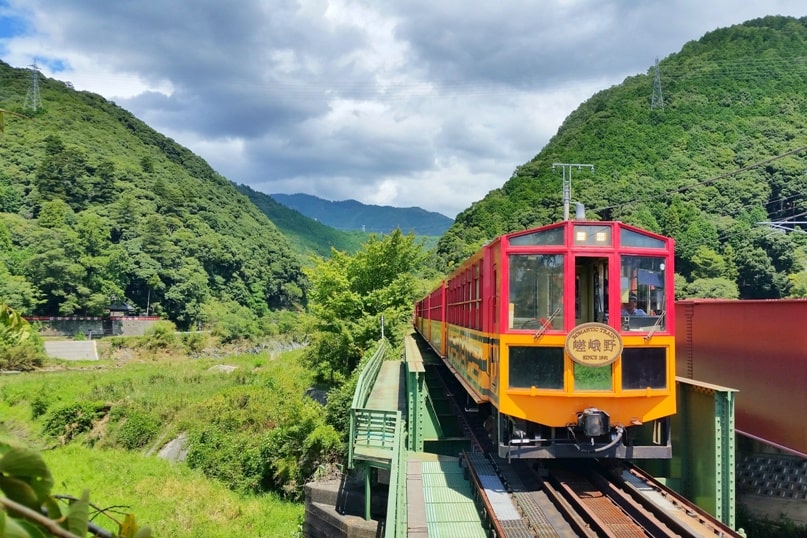 This will give you the rest of your day to explore Arashiyama.

This is more or less what I did, although I didn’t go directly to Umahori. I stopped off at Hozukyo station for a walk around there, and then got back on the next train to Umahori.

If you will be spending the full day in Arashiyama, my vote would be to start at Kameoka!

Get the Sagano scenic train stamp!

When you’re at the Kameoka torokko station, there’s a stamp station so you can get a souvenir stamp. 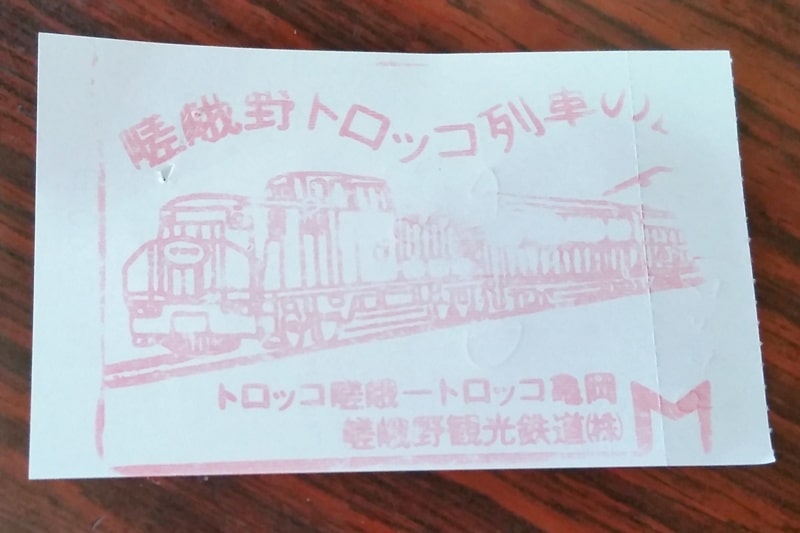 Also at the Kameoka torokko station is said to be the only place you can buy the torokko beer. 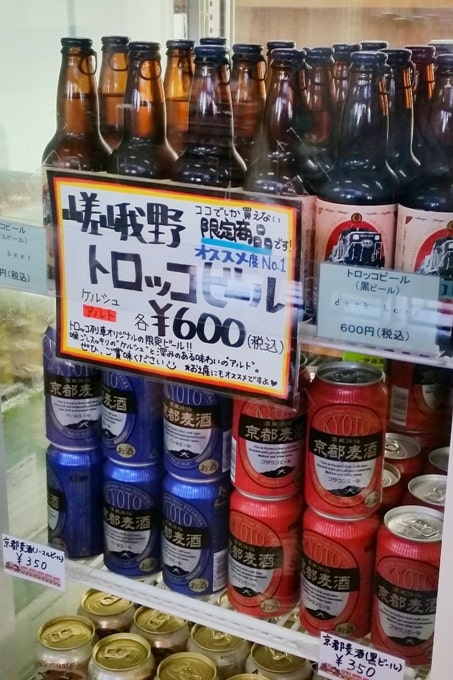 All seats are reserved and you’ll need to buy a train ticket before you board the train.

The best way to buy train tickets will be on the day you’ll be taking the train at the torokko stations of Saga, Arashiyama, and Kameoka.

There are also a few other places to buy the train tickets in advance.

How much does the train ticket cost?

The cost of tickets vary by season.

There’s also a seating that’s called “the rich” seating, and this means you’ll be in the open-air train compartment.

What are the train timings?

Generally speaking, there will be a train that departs once an hour no matter which torokko station you board from.

A bit more of this Kyoto tourist train and the Sagano scenic railway that runs along the Hozugawa River! 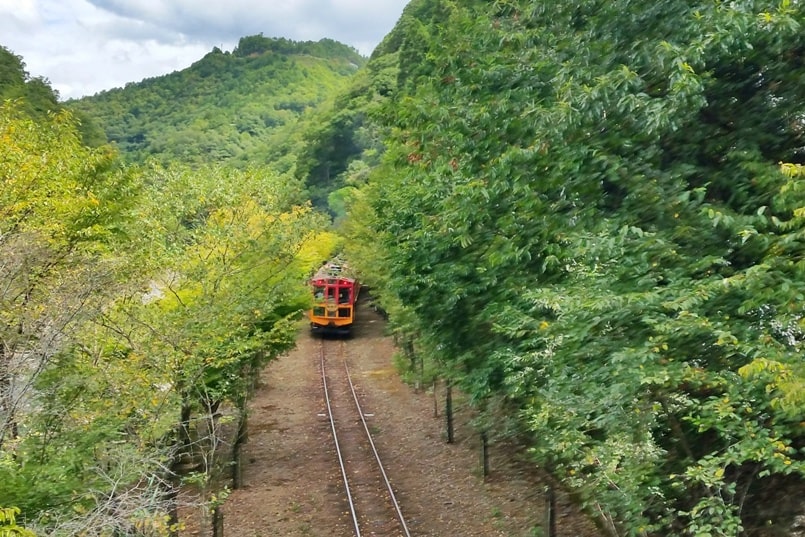 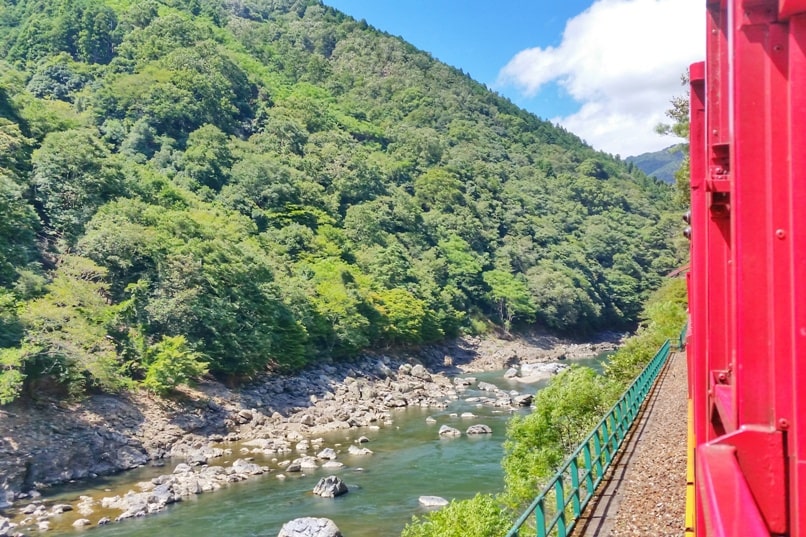